You have new quote information. View My Dashboard ×

Source Atlantic Limited is an innovative and industry-leading wholesale distributor passionate about delivering value and exceptional service to customers in Canada and beyond.

Source Atlantic partners with hundreds of world-class suppliers, offers a multitude of specialized and technical services, and has many value-added business solutions designed to improve customers' efficiency and productivity.

Now, with over 500 employees, Source Atlantic has 24 locations in Canada with 14 specialized product and service divisions and is proud to be distinguished as one of Canada’s Best Managed Companies since 2017.

Source Atlantic's mission is to provide world-class product and service solutions for the industrial, government, commercial, and residential contractor markets while providing the highest level of customer service. Source Atlantic is dedicated to:

A vital strength within Source Atlantic is its team of dedicated, honest, and customer-oriented employees. With over 500 employees across 24 branches, our people are the key to our continued success!

Meet members of our leadership team 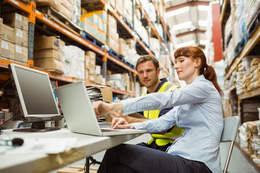 Source Atlantic is a leading provider in supply chain management.  We make it our duty to eliminate complexities and build a reliable, productive supply chain.  By providing innovative solutions, we can surpass unique business challenges to deliver an efficient, profitable supply chain.

One of Canada’s Best Managed Companies

Source Atlantic Limited is honoured to have been recognized with the prestigious Canada's Best Managed Companies designation. The Best Managed program recognizes the best-in-class of Canadian-owned and managed companies with revenues over $15 million demonstrating strategy, capability, and commitment to achieve sustainable growth.

Our commitment to this system of standard processes allows us to gain efficiencies, be more consistent and make better use of our resources to serve you better.

In May 1867 W.H. Thorne General Hardware Merchants was launched by Senator W.H. Thorne as a retail and wholesale store on the corner of Dock Street and Market Square in Saint John, New Brunswick, Canada. In 1875 Senator W.H. Thorne was joined by Richard C. Scovil and the firm of W.H. Thorne & Company was formed. To better provide for the needs of customers, the retail and wholesale businesses were separated and a new building was erected especially for the wholesale division on Canterbury Street. The retail division carried on at the original Dock Street building.

In 1877, the Great Fire of Saint John destroyed both stores and their contents. To provide for the continuation of the business, a temporary two-story structure was built on the Market Square site and, within ten days, business resumed. In the meantime, provision was made for the building on Prince William Street and eighteen months later the new premises were occupied.

In 1923 W.H Thornes’ nephew, J.G. Harrison succeeds as president until 1943 when the company was acquired by KC Irving. The company, newly named Thornes Hardware Limited, opens its modern 200,000 square foot facility on Chesley Drive which is still today the company’s head office, distribution center, and largest branch in Canada.

Source Atlantic was created in 2001 through the consolidation of a number of independent and long-standing companies with Thornes being one of those companies. Many of these businesses shared common customers thereby enabling Source Atlantic to become a single source of distribution and service across a multitude of verticals.

Today, Source Atlantic Limited is an innovative and industry-leading wholesale distributor serving the needs of the industrial, government, commercial and residential contractor markets in Canada and beyond.  We are partnered with hundreds of world-class suppliers, offer a multitude of specialized and technical services, and have many business solutions designed to optimize the industry.